Raleigh William Bitner III was born in Washington, D.C., December 1, 1956 (I agree, he looks much younger) and has lived most of his adult life in West Virginia.  He has a B.A. in English from Fairmont State College

Not exactly a careerist, besides being a professional writer, wrestler and musician, Bill has at various times put meat on the table and beer in the cooler by cutting grass; cutting meat; delivering flowers; delivering appliances; repossessing appliances; repairing sewer lines; working in a print shop; selling sporting goods; working on a loading dock; and installing phones.  He’s been a construction worker; an assistant manager of a book store; a lifeguard; a security guard; a bartender; a bouncer; a scale operator at a scrap yard; a Child Protective Services worker; a Youth Services worker; and a Court Liaison. His current day job is driving a truck but how long that will last is anyone’s guess.

Since selling his first short story at the tender age of sixteen to Space and Time magazine, William Bitner has authored eight volumes of horror short stories, M is for Monster, T is for Thing, N is for Nightmare, Gone Where The Goblins Go, She Saw Dinosaurs, Worlds Beyond, Dark Matters and his most recent collection, Green Maws Are Gaping. He has also seen published a collection of song lyrics, Heavy Planet Man and collaborated with film maker Daniel Boyd on the illustrated novel Death Falcon Zero Vs. the Zombie Sluglords.   He contributed four stories to the Ghastly and Shel Dorf Award nominated Caliber Comics graphic horror anthology series Chillers, based on the film from Troma and appeared in the three author collection Back Roads along with Jason Pell and Daniel Boyd from Bug House Press.  He is also the author of the acclaimed science fiction novel Down in the Drains, the crime story collection You Have To Pay and has written three more books featuring DFZ, Death Falcon Zero Vs The Fists of Mars, Death Falcon Zero Vs The Elder Terrors, and Death Falcon Zero Vs The Akumasaurus. His latest book is the first in a series collecting the Bill Bitner Newsletter Archives, Volume One: The Bad Idea From Hell, 2002-2003.

Since 2003 as the masked Death Falcon Zero he has wrestled over eight hundred matches and won twenty one championships in both the United States and Mexico.

Bill also fronted numerous rock bands throughout the eighties and nineties on guitar and vocals. More fun than good was the general consensus and he’s fine with that.

Recently married for the second time he is the father of two adult daughters, Sarah and Rachel and currently resides in Saint Albans, WV with two beautiful blondes, his wife Anne and their husky/pit bull mix Camille. 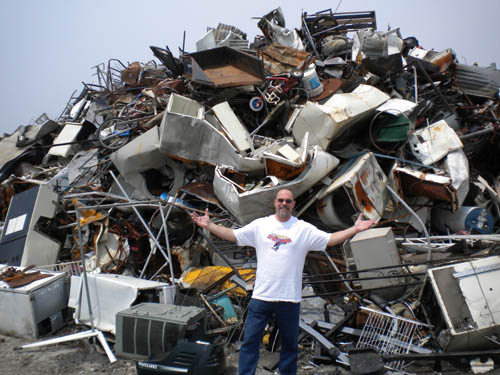