First up, coming either next month or early in March will be my seventh collection of horror short stories, Dark Matters, with a killer cover by World Fantasy Lifetime Award winner Stephen Fabian. I also have a novel Sweet Lou currently under consideration by a major publisher of crime fiction as well as a number of crime and horror shorts out making the rounds. Further information on these as it develops.
Also in the pipeline is another volume of the lurid adventures of everyone’s favorite masked reprobate, Death Falcon Zero Vs The Fists Of Mars, a collection of short crime fiction as yet untitled, and a horror novel, Green Maws Are Gaping.
A graphic adaptation of “Pennies From Hell”, the lead novella from M Is For Monster is in the works as is an all new collection of graphic horror shorts.
Last but far from least, a shooting script is being prepared for a film version of “Gone Where The Goblins Go,”, the title story of my fourth collection of horror stories. I literally could not be happier or more excited by this development.
So, there’s lots of cool stuff coming in the weeks and months ahead. Stay tuned to this station for further announcements.

This is too good to keep to yourself!

Down in the Drains, Part 1 is now available in various ebook formats at Smashwords for the low, low price of free. That’s right, free. No time limits, no strings attached. Get yours here: https://www.smashwords.com/books/view/719404

Tell all your cheapskate friends:

Down in the Drains is now fully available on Kindle, in both a five installment serial and full book versions.  Copies of the print version can now be checked out from the Kanawha County Public Library system for all you local cheapskates.

The print version of Down in the Drains is now available through this website or directly through Amazon. The Kindle version is to be released in five installments as well as with a complete book option to follow. Part One is available for download now for the minute sum of only .99, and will be FREE starting Monday, February 13th through Friday February 17th.

“Descending into the hellish underworld of the drains to face the horrors lurking below, unnatural abominations like arachnocobras, spider bats and supercrocs is the stuff of nightmare.  Human determination and courage pitted against a horde of mutant monstrosities constantly getting bigger, faster, more deadly.  The only thing that could conceivably make conditions worse for those sentenced to clearing the drains would be if the horrors infesting them began to get smarter . . . and started working together.  Down in the Drains is tough, fast paced futuristic adventure with depth and bite.”

If you like hard boiled SF horror, this is the book for you.  Available soon through the usual channels (this website or directly through Amazon) Drains will be published in both print and Kindle editions.  Read the first chapter NOW by clicking on the Free heading on this site. 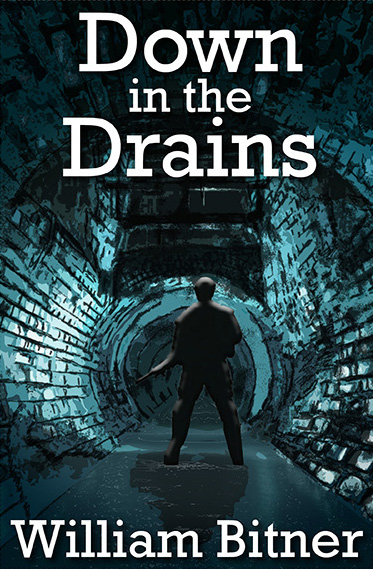 The first issue of Daniel Boyd‘s new graphic novel Salt, on which I worked as an associate editor, is now available for download through Caliber Comics.  Salt is the sequel to the Ghastly Award nominated Carbon and is already getting rave reviews.  It gets my highest recommendation, and if you haven’t gotten your copy of Carbon yet, I’d suggest you get off your dead ass and do so as well.

Also, Bobby Blaze Smedley‘s new book, I Kicked Out OnTwo, for which I wrote an introduction, will be available later this week.  If you’ve read Bobby’s first book, Pin Me, Pay Me (and if you haven’t may I point you toward the suggestion in the above paragraph) you know Bobby isn’t just a damn fine wrestler but a damn fine storyteller as well. Again, I can’t recommend this book enough.

Both DFZ and Bill make an appearance in The Angry Filmmaker Kelley Baker’s upcoming book, Road Dog.  As soon as it becomes available, I’ll let you know.

Lastly, I’ll have a couple books of my own out in the near future, the first being the seriously kick ass science fiction novel, Down In The Drains. More information on this soon.

William’s newest book of short stories, Worlds Beyond, is now available at all locations of the Kanawha County Public Library system, along with the rest of his works.

Just in time for you last minute Christmas shoppers, Worlds Beyond is now available on Kindle.

William’s new book of short stories, a collection of sword and sorcery and dark fantasy tales is now available in print. 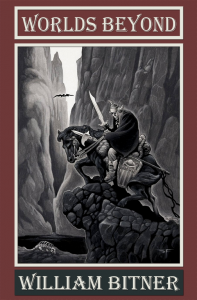 If you’re looking for the Kindle version go here.

GET THE WORD OUT!

in time for Christmas will be Worlds Beyond, William’s sixth collection of short stories.  Featuring stories originally published in SF and fantasy magazines of the late 70’s such as Dark Fantasy, Fantasy and Terror, Strange Skies and others with a cover by world renowned fantasy artist Stephen Fabian.