Trained by veteran Bobby Blaze, a former Smokey Mountain Wrestling Heavyweight Champion with extensive wrestling experience in Japan, Australia and Europe as well as the United States, since January 2003 Death Falcon Zero has had over eight hundred professional wrestling matches and won twenty one titles in the United States and Mexico.  Career highlights include-

-with Professor Danger Danny Boyd, as The Grapes of Wrath defeated the previously unbeaten team of Mr. Black and the Scufflin’ Hillbilly at September to Dismember to become AWA-Apex Tag Team Champion.

-is the only wrestler to hold the AWA-Apex Triple Crown (Heavyweight, Tag Team and Shooting Star titles) in the promotion’s history

-wrestled in the inaugural Brink Of Death death match tournament

-while in Mexico also took wins over Contragolpe, Fuego Letal and Muerte Blanca 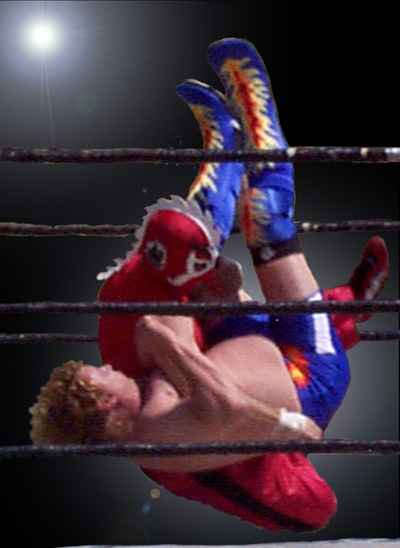 DFZ thanks Bobby Blaze for training him 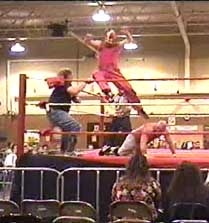 Laying the smackdown in Mexico 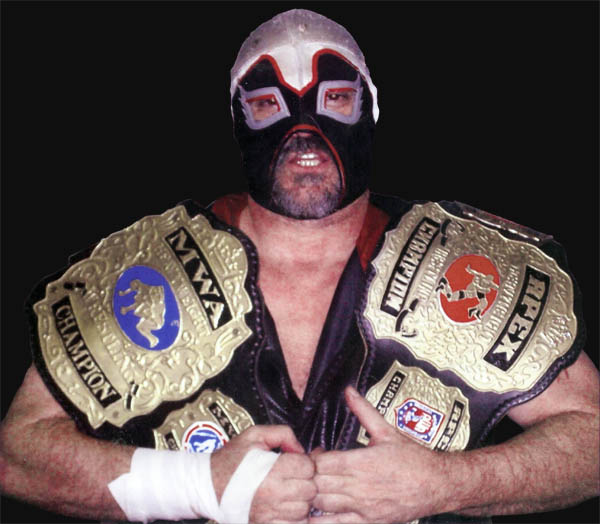 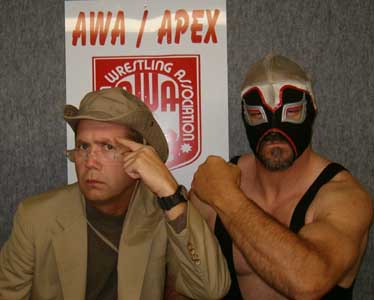 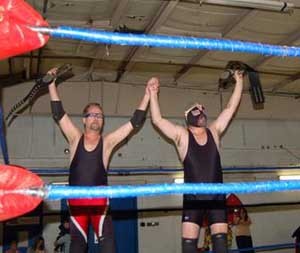 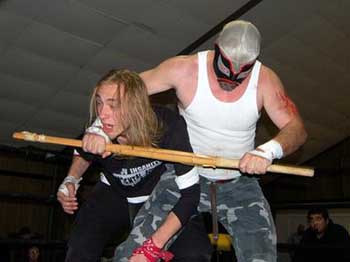 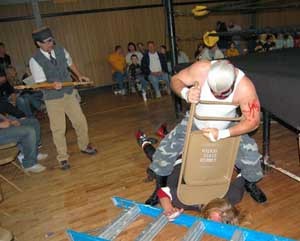 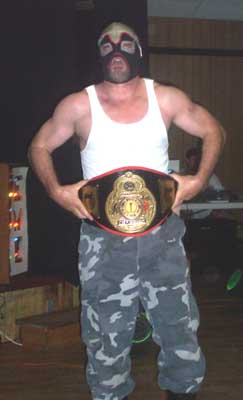 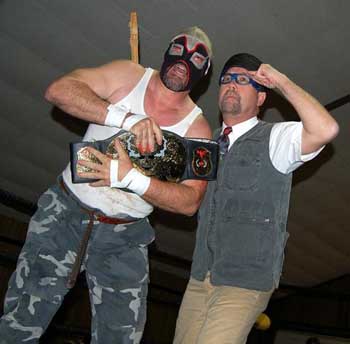 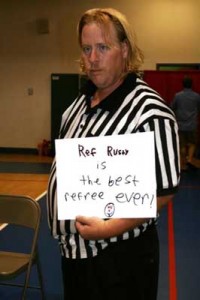 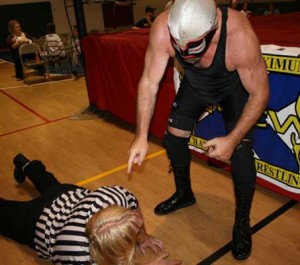 Putting the best “refree” in his place 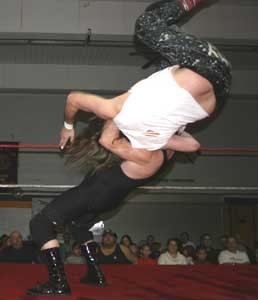 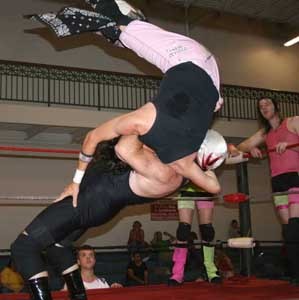 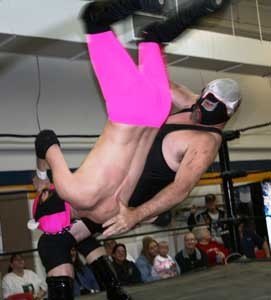 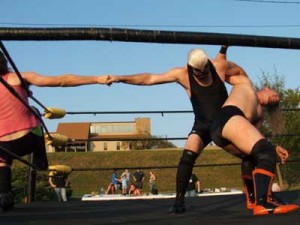 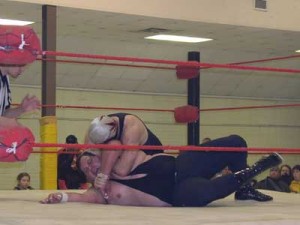 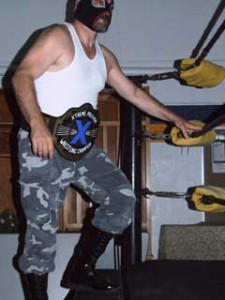 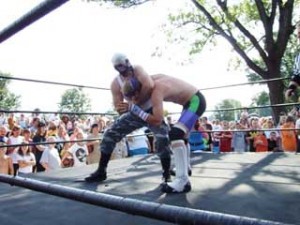 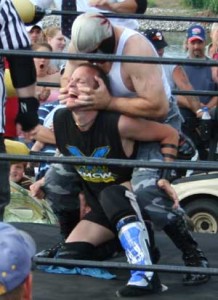 I think he swallowed his gum 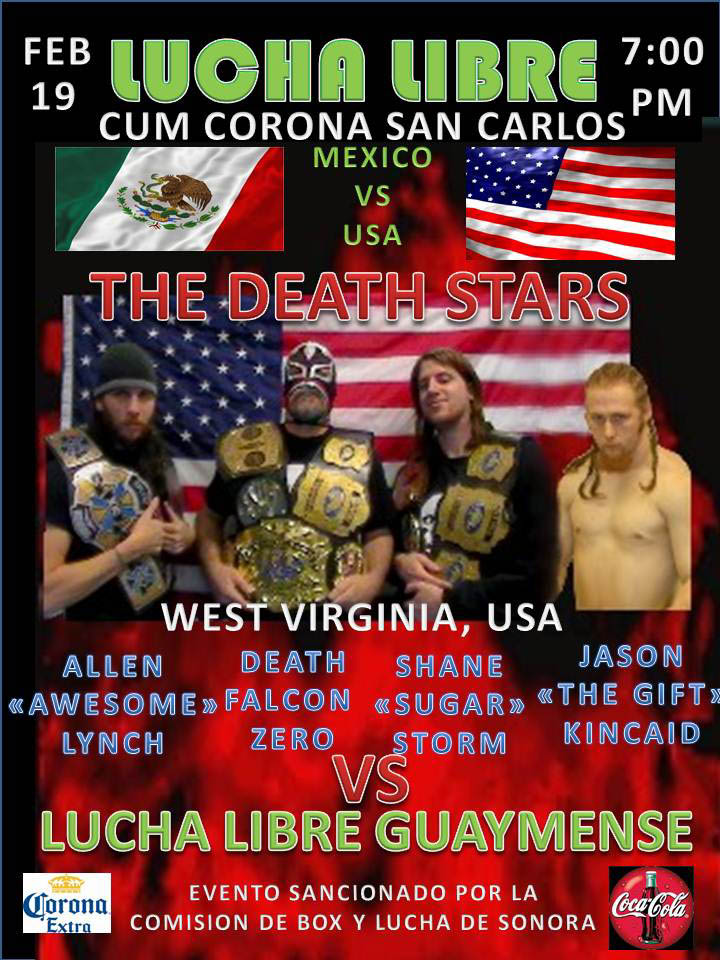 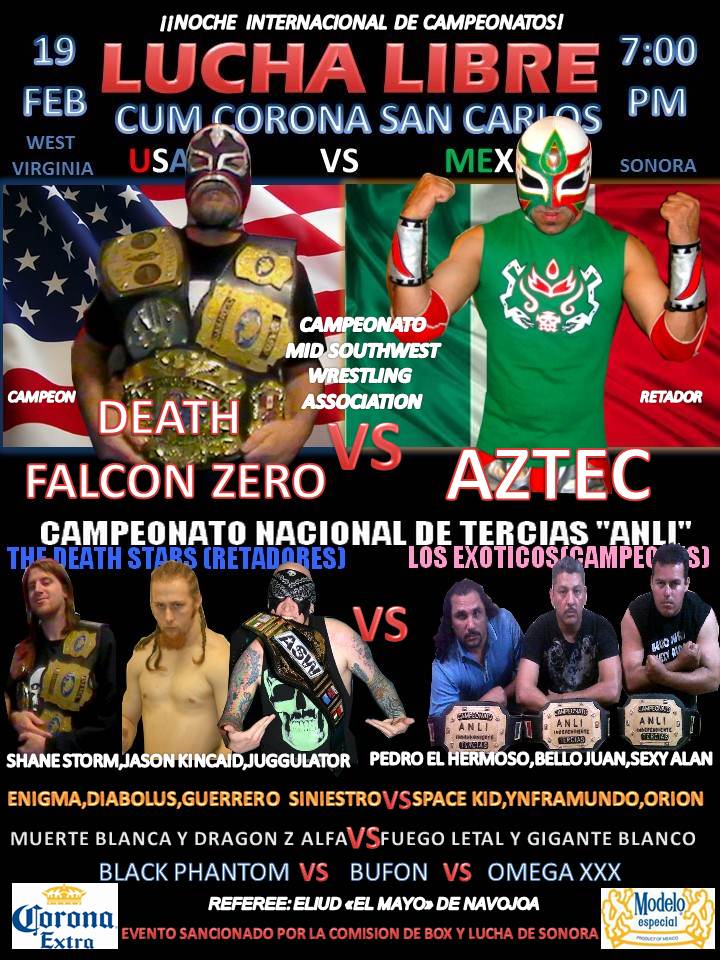 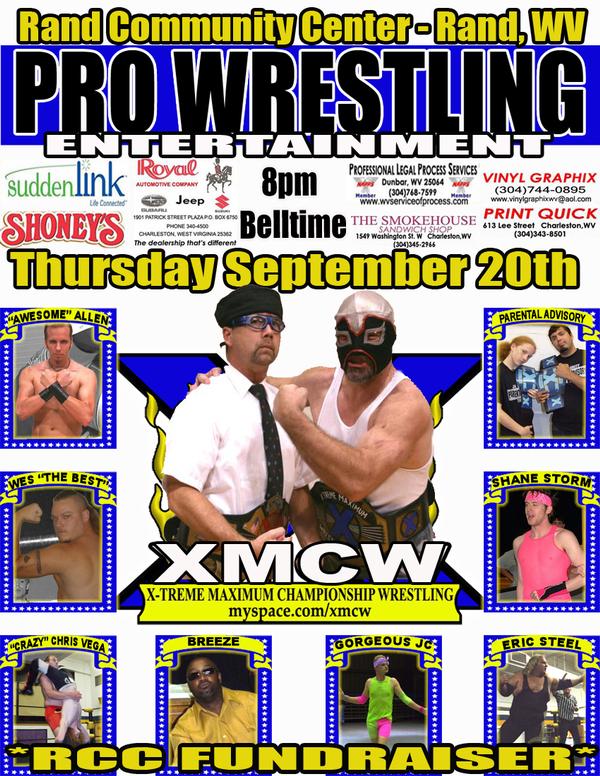